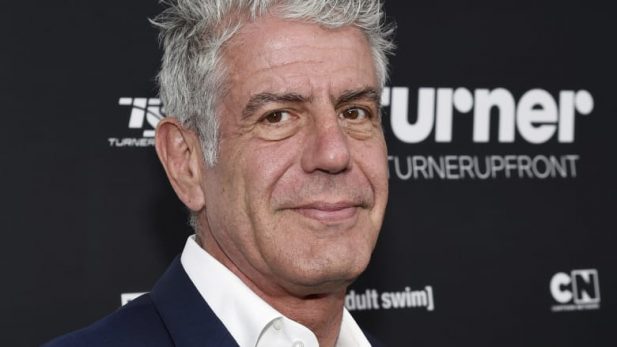 In the last week we’ve witnessed the deaths by suicide of two high-profile figures – Kate Spade and Anthony Bourdain. Both seemed to have the world at their feet – loved, supported, sought-after, wealthy and admired. Both deaths came as a complete shock to those who knew them best.

How can two famous people, with every opportunity the world has to offer, end their lives by suicide? Is suicide preventable? If so, why did these deaths occur?

The best place to start is to state the most obvious truth – we just don’t know. We never know anything for sure in individual cases – even when there are suicide notes. Everyone has secrets; no one ever knows reliably what’s going on inside someone’s head, and those secrets die with them. I’ve spoken to more than a thousand people who have attempted suicide, and even they are mostly at a loss to understand their own behaviour. Self-understanding is elusive, understanding others is speculative. Everything that follows a suicide is speculation.

It worries me when we speculate about individual suicides – it’s mostly nothing more than guesswork, and it can become disrespectful to the families and those who love them.

Nevertheless, something needs to be said. Suicide is common. In Australia, 2500 people die by suicide each year, and a further 60,000 people attempt suicide. For people under 40, it’s the commonest cause of death. If it were an infectious disease, billions would be spent on research. But by medical science’s standards, it’s an under-explored problem – mental illness is still highly stigmatised and hidden. Most suicides go unreported, and many are still kept secret.

When we do study large numbers of deaths by suicide, we notice some trends. Mental illness is common – about 90 per cent of suicide is linked to mental illness, especially depression and addictions. The rest is so-called “rational suicide”, for example people with terminal illness and extreme suffering. Kate Spade was being treated for depression and anxiety. Anthony Bourdain had a history of addictions, and close friends described his dark moods in the days before his death.

We know certain societal factors loom large – a history of trauma and abuse, bereavement in childhood, social isolation, unemployment, family disturbances, recent rejection, and co-existent physical illness. But of course, millions of people throughout the world experience these and don’t attempt suicide. What happens to flick the switch in an individual person is unknown.

We also know that many suicide attempts are impulsive, and the person is highly ambivalent. Studies of people who’ve made very serious attempts but miraculously survived by chance or luck, show that the final moments before the attempt are mostly chaotic. Drugs or alcohol are often involved and the person is unsure of their decision and feeling distressed and confused. That’s why simple interventions like barriers on bridges work – they buy time, and lots can happen to help the person in that time.

What about the role of celebrity? From an outsider’s perspective it seems like one big party with unlimited money, love, respect and attention. From what we read about depression, addictions and suicide among celebrities, the reality is obviously different. Celebrities in the social media age are expected to share every aspect of their lives – it’s both the currency and the price of fame. How does this scrutiny affect the mind? Is it simply too much pressure? Despite being surrounded by admirers, is it in fact harder to ask for help? Or is the help they receive somehow diminished by the dark shadow of celebrity?

Does help even work? Can suicide be prevented? The short answer is yes, the long answer is more complicated. Universal programs that help us all, like reducing access to means (fewer firearms, fewer dangerous drugs, barriers on bridges), easier access to mental health treatments, reducing stigma and strengthening community social services are helpful – but they don’t target the individuals at high risk.

Targeted programs for the ultra-high risk – such as victims of trauma, refugees, Indigenous people, LGBTQI people, and the bereaved – do better than non-targeted approaches, but still face the barrier of getting distressed people to accept help. Many people simply believe they are beyond help, or some other factor, perhaps stigma, prevents them from asking. Once they receive help, their chances of suicide reduce dramatically. But unfortunately, they don’t reduce to zero.

What can each of us do to help? Pay attention to our own mental health, and that of those around us. Talk about mental illness as if it were no different to physical health: “I had the flu last week, it was terrible, but not as bad as last year when I was depressed.” Keep the pressure on politicians to do more than talk about it – the talk helps, but better services and research would help even more. If in doubt about what to do when faced with problems (your own or someone else’s) – ask! A GP, a telephone helpline, the internet.

Finally, support those left behind by suicide. Love and affection, not questions and answers. And be a little more vigilant – copycat suicide is a real thing.

Steve Ellen is an honorary clinical professor of psychiatry at the University of Melbourne and director of psycho-social oncology at the Peter MacCallum Cancer Centre. His book Mental (co authored with Catherine Deveny) will be published in July by Black Inc Books and is available for pre order  https://www.blackincbooks.com.au/books/mental.