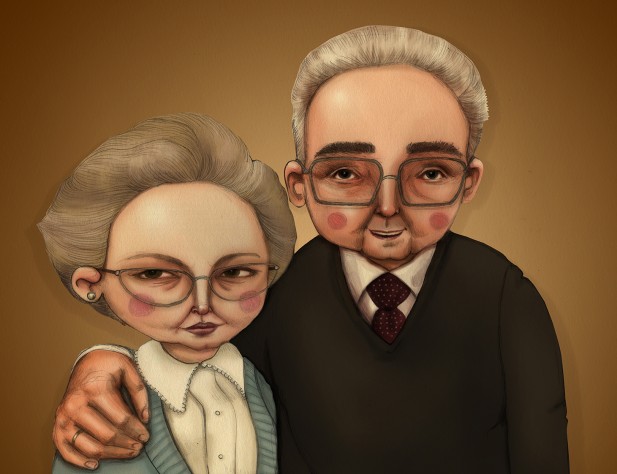 A study published in JAMA Psychiatry this week sheds light on the influence of psychiatric disorders on relationships and mating.

For instance, marital resemblance is – so we have a positive tendency to marry people who are similar to us on these characteristics.

Debate has raged for years around the influence of psychiatric disorders on relationships, and the genetic risks for offspring, but no one has ever collected data on such a large number of people.

People with depression and generalised anxiety disorder were also more likely to partner with people with psychiatric disorders, but the correlation between diagnoses for these was lower.

The results held for men and women. Similar correlations weren’t found for people with non-psychiatric medical disorders, such as Crohn’s disease, diabetes (types 1 and 2) and rheumatoid arthritis. People with these disorders showed little or no increase in the chances of being married to someone else with a medical disorder of the same, or any sort.

As with most good science, the study raises more questions than it answers.

The laws of attraction are complex.

Evolutionary theory says we mate with those who give us the highest chances of surviving and reproducing. Social theories tell us we tend to marry people we are exposed to and familiar with. Most people marry someone who lives in close proximity to them. Most are introduced through friends or shared experiences. Work, school or university are the commonest places people meet their spouses. We mate who we meet.

We also have a strong tendency to marry people who are similar to us – marital resemblance holds to some degree for religious beliefs, politics and other characteristics.

Physical attraction is complex and affects us consciously and unconsciously in many ways. In terms of influencing relationship choices, as the saying goes beauty is in the eye of the beholder, but it’s also a bit like the market economy. We marry those who we can “afford”, not necessary the most “expensive”.

In terms of helping us understand the laws of attraction, this study probably doesn’t add much.

What this tells us

It might be that the correlations are simply due to mixing in similar circles. So people with a psychiatric diagnosis are far more likely to meet others in the same boat, either in hospital, via support groups or online communities.

There might also be an element of contagion; where one partner influences the other. If one spouse drinks alcohol excessively, this might have an impact on their partner’s drinking, or their partner’s mental health in other domains.

The possible explanations are endless, and as the authors point out, the limitations of a study such as this are significant.

If anything, this study highlights the complexity of mental illness. Psychiatric disorders result from a mix of our biology, our past experiences and our current circumstances. They are not simply the result of pathology.

They affect most aspects of our lives including our personality, how we live, whom we meet, how we work, how we respond to others…and who we marry.

High quality studies such as this give us a tiny glimpse into our lives, but rather than answering some of the great existential questions, they mostly just add to the list of things we want to understand.