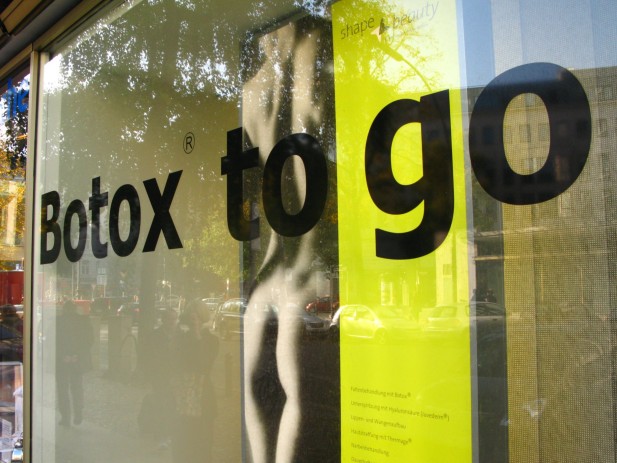 Cosmetic procedures quite often receive bad press; they’re seen as unbridled vanity and something to be frowned upon (if you can still frown, that is). But the industry drivers are far more complex than simple vanity. Society rewards attractiveness in both obvious and subtle ways. Little in our social existence is truly immune from the influences of beauty. The cosmetic industry is tapping into more than garden-variety vanity.

The Medical Board of Australia has released a discussion paper and proposed regulations to better protect consumers. And the industry is huge – about A$1 billion per year in Australia. So tinkering with the regulations is a risky game for all. I’m tipping a heated debate.

Admittedly, I’m yet to try anything major myself, however I’ve got nothing against cosmetic medicine. While medicine is at its best looking after sick people with diagnosable and measurable illnesses, people have explored and exploited its other uses for centuries. Tonics and procedures to fight the ravages of ageing are as old as medicine itself.

As long as consumers are aware of the costs, risks and likely outcomes, I can’t see an ethical difference between selling cosmetic medicines and selling anything else.

But herein lies the problem: just how do you assess the risks and benefits? When medical treatment risk is compared with the risk of known disease, the equation is pretty easy. But when the risks are being weighed against abstract outcomes such as beauty, then the equation becomes complex.

And more worrying: how do you know when to stop? Websites and magazines are full of people who have gone too far – schadenfreude sells.

Assessing the benefits of cosmetic medicine

Trying to unravel the cosmetic medicine industry is a challenge. Multiple types of practitioners exist with qualifications varying from those with brief training in a specific procedure, through to plastic surgeons with more than a decade of education.

The range of procedures is even more overwhelming: creams, medications, injections, lasers, ultrasounds and surgery. Each comes with an evidence base, but assessing that evidence is virtually impossible without considerable expertise. Distinguishing marketing and advertising from scientific evidence is not easy.

Advertisers love to use phrases like “scientifically proven” or “clinically tested”. These are nonsense terms; you could apply them to almost anything. The outcomes offered may be ambiguous: look younger; your skin will be softer; wrinkles visibly removed. How reliably can you measure these outcomes?

They tend to make promises that are only loosely linked to research, and then rely heavily on “testimonials” – apparent quotes from happy customers. Or worse still, before and after photos (in our era of digital manipulation). To me, these are signs that there is no true evidence. By and large, they should be ignored.

The reality is that most people decide on the likely benefits of cosmetic procedures based on a mixture of word-of-mouth and the advice of clinicians they trust – mixed with a hefty dose of hope.

Unhappy with the result?

Most people who undergo cosmetic procedures are happy with the results. An analysis of 37 studies noted long-term data was lacking, but found generally positive outcomes when looking at psychological and psychosocial factors. The authors noted certain factors for dissatisfaction – these included youth, being male, unrealistic expectations, previous unsatisfactory cosmetic surgery, minimal deformity, motivation based on relationship issues, and a history of depression or anxiety.

There are no clear rates on how many people end up unhappy, but based on complaints to regulatory bodies, the rate seems higher than would be expected based on other medical procedures.

Outcome dissatisfaction has multiple possible sources. Some expect too much of the procedures, such as fixing low self-esteem. Is it reasonable to expect a scalpel to mend a psychological issue?

Sometimes the procedures just don’t work; no matter how well performed, human biology is fickle. Other times, the procedure is performed poorly. Then there is the risk of complications (such as infections) which sometimes occur despite good quality surgery.

Most people want their procedure to make them look better, but without it being obvious they’ve had work done. This is a tall order and not easily achieved. You risk hypocrisy – acting as if you’re above vanity, while wearing the evidence to the contrary. I’d suggest it’s best to acknowledge your foibles – those without them are probably just good actors.

The unhappiest are those with a degree of underlying body image disturbance. They will seek and re-seek surgical remedies, but the knife won’t fix their psyche. They invariably end up dissatisfied with the result.

Finally, you simply don’t know how the procedure will look in five or ten years time – what effect will your natural ageing have on the procedure? I especially worry about this when cosmetic procedures are performed on kids or people in their 20s.

The risk of going too far

This is particularly challenging. We’ve all seen people who, bit by bit, have ended up going too far. When they first start they might look fresher, perhaps younger, and then at some point, after further procedures they jump the shark. They look weird all of a sudden.

I’ve particularly noticed this with people who have used Botox for years. They start with a little, get used to the new look; have a bit more, get used to that; and so on. Incrementally they change – but just like watching the hands of the clock, you don’t notice it, until all of a sudden you can’t help but see the change.

Your clinician can also be blind to this. They see people all day who have had procedures – their sense of normal can be skewed. I often hear cosmetic clinicians claim, “you can’t pick my patients, the improvements I make are subtle”. But I don’t buy it; there are just too many people where you can see something is not quite right and many who look simply bizarre. And there’s no going back.

Knowing which clinician to trust is not easy. What would sway you the most – lots of qualifications, good communication, a flashy clinic, seniority, good looks, or the one who promises the most? And what about price – do you believe you get what you pay for? Would you consider the overseas, often cheaper, alternative?

Do you think more regulations are needed?

My opinion is that the industry is under-regulated. I don’t think you can ever regulate against excessive vanity – but you can at least ensure that patients receive good quality information, consider their options, take their time, and are aware of the risks and costs.

Minimum training standards and a few safeguards to protect those who are particularly vulnerable (the young and those with unrealistic expectations) might also help. Just how far those regulations should go to get the right balance between protection and a nanny state is a matter of judgement. Have your say by May 29 here.