Enlisting psychology in the fight against terrorism 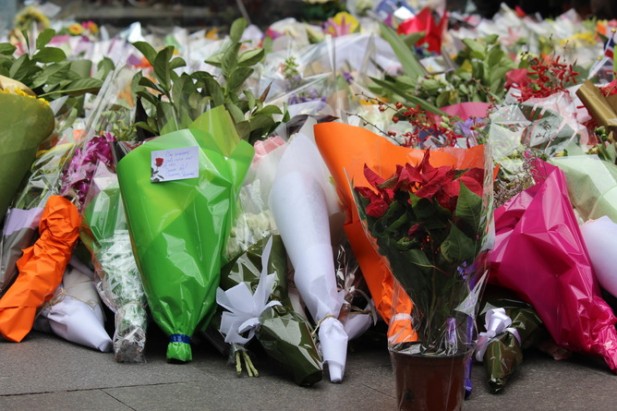 We are in the midst of a wave of soul searching trying to understand the Lindt Café siege in Sydney. In a sense we’ve been collectively holding our breaths for years wondering if Australia would ever fall victim to a terrorist act.

Terrorism has many definitions but by and large usually refers to the use of violence and intimidation for political purposes. Its goal is to produce widespread fear and anger. The purpose is to polarise opinion and progress a political battle. It’s like throwing an accelerant on a fire: it forces the opposing parties to respond and fight.

There is a term in psychology called operant conditioning – it’s so intuitive to most people it barely needs description. It describes how we learn (at least in part) according to the outcomes of our behaviours. If you’ve ever raised pets or kids you’ll be an expert. So if I’m rewarded for a behaviour I’m likely to do it again. If I’m punished I’m likely to do it less. If a dog wees in the garden instead of the carpet and you pat it or give it a treat, it will soon learn to go outside every time it needs to urinate.

What can operant conditioning teach us about terrorism? How can we use our knowledge of emotions and conditioning to search for ways to undermine the success of terrorism?

Our leaders need to stand up and promote calm to give the message that we are prepared for such situations and that our response is appropriate and considered. They also need to address our natural response of anger and blame. They should not jump to conclusions about events being terrorist in nature, they should encourage people not to start the blame game prematurely. My impression from the Lindt siege was that our politicians tried to convey calm and control, but didn’t quite achieve their goal.

The media is in a trickier position. The less attention they give to terrorism the better. However, unlike in decades gone by, where a smallish group controlled most of the media, there are now hundreds of thousands of players – especially online. There is less ability to give a measured response. Hysteria sells, it’s a crowded media market place and competition is fierce. I think it is reasonable to expect the ABC to prioritise reason over ratings, but I think the commercial networks cannot be expected to have the same balance.

Despite this, I was mostly impressed with the coverage. There were constant calls for calm, constant stories trying to quell racism against Muslims, and various attempts to provide a balance between information and understanding. Most media outlets refused to air videos made by the perpetrator in the cafe. The constant news on multiple channels was unfortunate, but unavoidable.

Can we separate ideology from actions?

We need to somehow separate the act of terror from the cause it claims to support. Terrorism is no more about religion than rape is about love-making. It’s about power, control and violence. I’m not a religious person but my impression is that religion and spirituality aim to provide meaning and hope. By and large they promote humanity and peacefulness. I know many wars and unspeakable acts have been done in the name of religion, but my sense is that these acts reflect people’s desire for control and profit – religion just gets hijacked as a vessel.

Psychology has turned its hand to trying to understand terrorists, but it’s hard. Terrorists don’t volunteer for experiments! What we know is limited, and more driven by opinion than evidence. The limited evidence out there suggests terrorists are angry, disenfranchised, feel victimised, powerless and believe violence is not immoral.

Psychologists are also trying to understand the dynamic interplay between terrorists and government responses. For example there is some evidence that excessive responses to terrorist acts can encourage more people to join terrorist organisations.

Programs aiming to reduce terrorist behaviour tend to focus their efforts on addressing peoples’ fears of cultural annihilation, highlighting the common humanity between different religious groups and challenging the dream versus reality of terrorist involvement. These programs have a long way to go, but surely are a step in the right direction.

Violence is a popular weapon for people chasing power – it’s never been the weapon of choice for people spreading ideas. Violent acts say far more about the perpetrators personalities and life experiences than they do about their beliefs. Resist the temptation to blame a belief system for the way people act.

Finally, amongst all the soul searching, take time to recover. Spare some thoughts for the victims, their families and those who put themselves at risk to respond. Protect your kids from over-exposure and teach them how to react with compassion and consideration. Just like our leaders, we need to try to respond without fear and anger – the antidote to terror is calm, understanding and tolerance. Regardless of your ideological background, don’t jump to conclusions. Take some time to read the views of others and then spread your ideas…. with words.