Comedians and mental illness – is there a link? 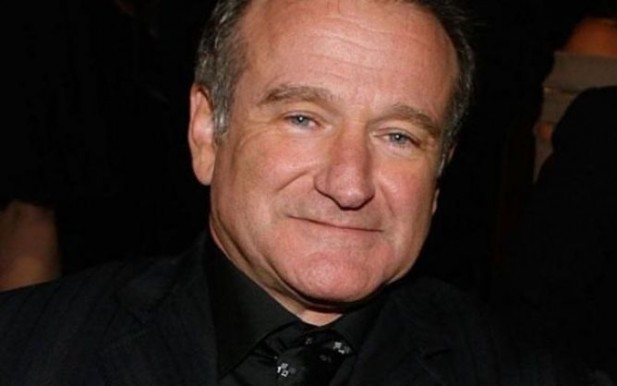 The coroner has now released preliminary findings confirming that Robin Williams died by suicide. Mixed with the eulogies and grief over the loss of such a talented comedian, his family, friends, fans and admirers are starting to ask why?

In particular, we are trying to understand how a man who could be so funny and create so much happiness, could succumb to a problem that appears to be mainly caused by sadness.

Before I go on, let me be clear about something important – I can’t explain anything about Robin Williams. The reasons for his suicide most likely died with him; they usually do. Also, chances are that even if he could speak, he couldn’t explain his feeling and motivations anyway.

I’ve spoken to many hundreds of people who have survived suicide attempts. Most can’t fully explain their actions.

Also, it’s largely futile, and at times disrespectful and voyeuristic, to analyse the motivations of people you are not personally seeing as patients. You’re kidding yourself if you think you can do it.

You’re also often adding to the stigma of mental illness, and when the person has recently died, you are probably offending those who knew them best and are grieving the most.

What we can do is shed light on things we know. We can turn to the science, as meagre as it is in this field, and explore the link between comedy and mental illness.

The link between comedians and mental illness has long been discussed, but there is scant research on the topic. Not unsurprisingly, comedians don’t typically offer themselves up for study.

The most obvious connection is between the stand-up comedian on stage and the mental state of mania. Stand-up comedians often talk fast, skip loosely from topic to topic, laugh quickly and loud, and see connections between ideas that the average person misses.

Mania is a mental state that looks strikingly similar to this. It’s a bit like the opposite of depression. When manic, people talk fast, laugh, have grandiose ideas, flick between topics, sleep sparingly and eat little.

They can be very funny. But, in extreme forms, it is very dangerous. Before medication was introduced, people sometimes died from exhaustion.

Mania mostly occurs as part of bipolar disorder, which used to be called manic depression, and affects about 1% of the community. Mild self-limiting forms can occur with sleep deprivation, and some people are just naturally mildly manic.

The next common link often drawn between comedy and mental illness is the “tears of a clown” idea.

Many have suggested personal struggles cause people to develop comedic skills to cope with life; comedy as a so-called defence mechanism against sadness and depression.

Many comedians report difficulties during childhood. And depressed people often use comedy to try to lift their spirits. Sometimes, it’s also an attempt to hide sadness from others.

While this idea makes intuitive sense, and comedians often report aspects that support it, there is no hard evidence.

Another possibility is the idea that comedians have an unusual personality structure that is conducive to comedy and creativity, yet puts them at risk of mental illness.

There’s some recent research about this that shows comedians tend to think in less conventional ways. But more research is needed to understand it better.

The idea is also partly supported by studies, such as this one, which suggests creative people generally, rather than just comedians, have slightly higher rates of bipolar disorder. But again, the data is inconclusive.

So the link between comedy and mental illness is unclear. We suspect comedians suffer higher rates of mental illness, but we don’t know why and the evidence isn’t conclusive.

Two other links are also worth considering, despite also lacking hard evidence. These are between performance and addiction, and between fame and suffering generally.

Addiction is an occupational hazard of performing. Performers are out late, they often use drugs or alcohol to “come down” after a show, they may use drugs to aid creativity, they are often in social situations where access to drugs and alcohol are high.

These are all risk factors for developing problems with addictions.

In addition, the toxic effects of fame should not be overlooked. It’s only the very robust who survive fame untainted. The constant attention, expectation and criticism all appear to take their toll.

The loss of fame can be even harder to endure. Fame at a young age seems especially noxious.

So the combination of being a comedian, being a performer, and being famous might well be the formula for increasing your chances of suffering a mental illness, especially bipolar disorder, depression and addictions.

Research tells us that most, but not all, people who die by suicide have a mental illness. The leading causes are depression, addictions, and psychotic disorders.

Some people choose to end their own lives for other reasons, such as in the face of terminal illness (often called rational suicide).

But does all this help us accept the tragedy of Robin Williams’ death? Probably not.

At a time like this, we’re probably best served by remembering his genius. Let’s hope those closest to him are getting the support they need. And that the unfortunate and unhelpful stigma around suicide doesn’t taint his marvellous legacy.

This article first appeared in The Conversation http://theconversation.com/comedians-and-mental-illness-is-there-a-link-30457