When AIDS came to town 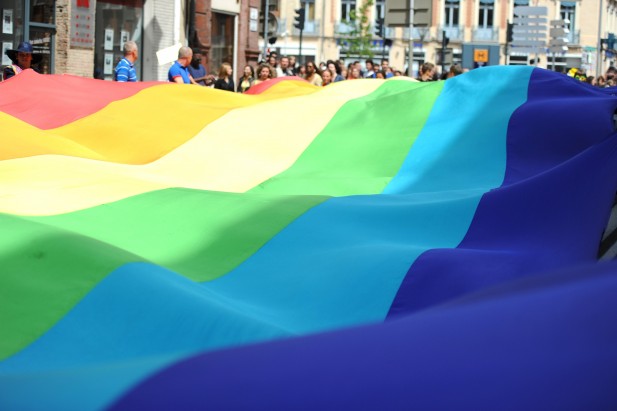 Next week the 20th International AIDS Conference comes to Melbourne (starting July 20). This will be the biggest medical conference ever held in Australia. President Bill Clinton and Sir Bob Geldof are attending. So are about 12,000 advocates, consumers, carers, scientists and health care workers.

The ramifications of big events usually take decades to become evident. AIDS first entered consciousness in 1981 when a case report of five young gay men with a rare form of pneumonia was published. The term AIDS was coined the next year. The grim reaper campaign started in 1987. The first really effective treatments began in 1996.

The World Health Organization reports that approximately 36 million have died from AIDS, about 35 million are living with HIV, and about one third are currently on treatment.

Against these horrifying numbers, the progress has been amazing. Individuals diagnosed in their 20s can now expect to have a normal life expectancy. Treatments are safer and now easy to take (in the early days it could be 25 or more tablets per day).

Prevention through treatment has dramatically reduced the spread. Worldwide programs to get expensive treatments to poor communities are now well established.

While AIDS has been an epidemic causing unfathomable suffering and staggering grief, it has also been the best example in health care during my career of how consumers, scientists, clinicians and leaders can coordinate to produce great progress.

My own experience as a doctor has been largely as a wide-eyed observer on the periphery. I first heard about AIDS as a medical student in about 1985. I lined up an elective with a professor in Sydney in 1987, but when I arrived the secretary said “Oh, he’s done it again, booked in a student and gone on sabbatical” (Fortunately the kind secretary quickly organised an alternative placement for me in gastroenterology, which I enjoyed very much!).

In 1995, I landed the job as psychiatry registrar at Fairfield Hospital in Victoria – the specialist infectious diseases hospital (now closed) that was dealing with the epidemic. In 2000, I was lucky to be appointed to the position of psychiatrist to the state-wide HIV service in Victoria, and held it for five years. I still help manage the psychiatry aspects of the service.

The changes I’ve seen go well beyond science and medicine.

The biggest for me is the relationship between medicine and the consumer (or patient). When AIDS started, doctors gave advice, and patients mostly followed (or at least tried to). I don’t think it work as well as we all liked to believe.

The gay community redefined advocacy in medicine. Patients started telling us what they wanted, how they wanted it and why our traditional doctor-patient relationship structures were wrong.

At first, I suspect, many of us we were surprised and a little affronted. But the beneficial power of advocacy won through.

When clinicians speak, we are often seen as having vested interests (and usually do), but when patients speak, politicians listen. Especially if the patients are an organised, motivated group who know how to influence government. I think the HIV/AIDS lobby re-defined the consumer movement.

From medical perspective HIV/AIDS lead to enormous growth in the specialties of infectious diseases and public health. The gravity, urgency and uniqueness (a disease of the immune system) of the epidemic attracted the best and brightest in medicine into these relatively new sub-specialties.

Many added science through PhDs to their skill sets. All of health care has benefited from the changes spurred by this epidemic.

At a societal level, HIV re-defined our awareness and understanding of human sexuality. While worldwide HIV affects men and women equally, in many countries the leading risk factor is men who have sex with men.

With the emergence of HIV, homosexuality became front and centre in national debates. Prejudices were challenged; acceptance of alternative sexual orientations and practices began to emerge and have continued to gain momentum.

There is obviously still progress to be made, but at least in some countries the acceptance and culture around sexuality today is very different to when the AIDS epidemic first emerged.

HIV and AIDS also forced science to make some changes. The speed with which treatments moved from the lab to the community greatly improved, the concept of translational research – finding practical health benefits from scientific discoveries – gained prominence.

Organisation within science also moved to a new level. Scientists quickly realised that country-wide and worldwide coordination of efforts was needed. Governments, universities and international organisations (in particular the World Health Organization and the United Nations UNAIDS) made this happen. Private and public bodies have also combined with great outcomes – particularly the Gates Foundation and the Global Fund.

It’s a strange feeling watching such sorrow and suffering while at the same time admiring the progress. The International AIDS Conference will be a time for thousands to reflect and think. Despite the great progress, there is still much work to be done – the rates of new diagnoses in our own country have reached a 20 year high.

Public lectures, science, debate, public health and policy will all be on show. The program includes something for everyone. Congratulations to the Australian HIV community and local co-chair Professor Sharon Lewin, in bringing this great event to our shores.

This article first appeared in The Conversation http://theconversation.com/when-aids-came-to-town-29266