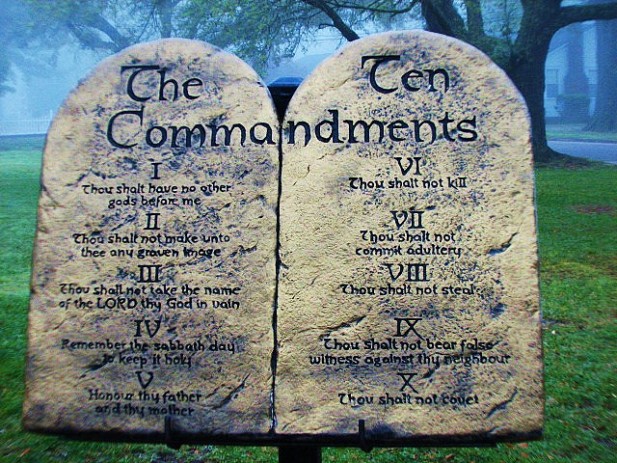 Lying has been in the news this week. Apparently some politicians, somewhere, made all sorts of claims prior to an election, and then did the opposite after the election. Go figure.

Lying is ubiquitous. According to this study humans tell about two lies per day. Women are more likely to lie to protect someone’s feelings (the so-called altruistic lie) while men tend to lie more to boost their own image.

If you talk to someone for over ten minutes, you have about a 20% chance of including a fib.

Would I lie to you?

Lying is also multi-faceted. There are white lies – harmless lies often told to avoid hurting someone’s feelings. There’s exaggeration – presenting something as better (or worse) than it really is.

There’s being “economical with the truth” – holding back information. And complete fabrication – where something is entirely invented.

So what type of lies do you tell? Perhaps you scoff at the thought of fabrication. If you’re a parent, think again. I’m referring to the big guy in the red suit sneaking gifts down the chimney.

Some lies are culturally-acceptable because they subscribe to common values and customs. But some children still get angry when they discover the truth.

Bella DePaulo from the University of California has studied lying for years. Her essays cover everything. We start lying about age four and apparently everyone does it.

Manipulative people tell the most lies and lying is linked to extraversion and self-confidence. In relationships, we tell fewer white lies, but just as many, if not more, big lies. Love doesn’t prevent lying!

I’m not upset that you lied to me, I’m upset that from now on I can’t believe you. ― Friedrich Nietzsche

So does that mean we should walk around in constant distrust of those around us? Looking out for signs of untruths?

There’s no reliable way to detect liars. A polygraph, for instance, measures various physiological aspects of fear rather than lying per se. They’re actually mainly used for entertainment purposes.

There are drugs that remove anxiety and inhibitions, making people more likely to tell the truth, but they aren’t reliable. Good liars still lie when very relaxed. Body language experts claim there are various “tells” that give away lying but a good liar will be able to hide these little signs.

The concept of complete honesty is utopian in one way, and plain nasty in another. Consider telling your partner that you think his new shirt looks like it should be hanging off your gran’s curtain rails. Some things are just not necessary to divulge.

You can’t handle the truth

Sometimes we feel obliged to lie.

“You can’t handle the truth,” shouted Jack Nicholson in the 1992 US film A Few Good Men.

Politicians might be in this sort of situation. Perhaps the voting public demands promises of good news and continued prosperity and will only vote for those who make these commitments. A politician could well argue that a political lie is a variant of a white lie.

There’s some research suggesting lying is bad for your health. In this study, 110 people were divided into two groups, one going about their usual business (telling about 11 lies per week) while the other group was instructed to tell as few lies as possible.

There were various measures and polygraphs to verify the results. The groups telling fewer lies had fewer mental health and physical complaints during the study, and reported better relationships.

Each of us has our own sense of the limits to lying.

The politics of lying

The current government campaigned on political honesty and made a big deal of the previous government breaking promises, accusing them of being liars. It then did the same. Does that make it twice as bad, or just as bad?

It seems that a little lying is necessary to survive in our complex social world – but there’s a point where the lying is so self-serving that it becomes counter-productive – and as Nietzsche points out, once you get caught, you lose the trust of others, and that’s very hard to earn back.

Politics in its media-driven and prosperity-oriented format seems to have embraced lying as a necessity. Spin, obviously unrealistic promises, and outright lies are so common as to almost have become the norm.

Do we become immune to the act of lying when it’s done so well and so often? Politicians seem to have become lying experts. Do we merely accept this as an occupational hazard in the category of a white lie?

This is an important question – the premise of a democracy is ultimately broken when we don’t know what we’re voting for.

This article first appeared in The Conversation http://theconversation.com/political-lies-white-lies-and-damned-lies-26902