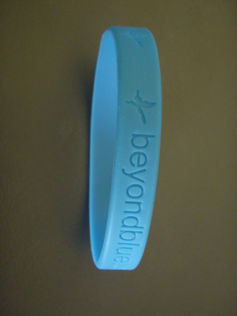 In my time as a public hospital psychiatrist, I’ve seen many suicides. It is the most common cause of death for those aged under 45. Despite this statistic and suicide’s undeniable presence in our society, it remains for the most part, the elephant in the room.

The founding chairman of beyondblue, Jeff Kennett, recently wrote yet another excellent article drawing this tragedy into the national consciousness. In it, he called for two things: greater funding of suicide prevention campaigns and a greater community conversation about suicide. But without the second, the first is wasted money.

Last month, the Australian Bureau of Statistics once again reminded us that despite decades of efforts in the mental health arena we have not made a difference to suicide rates. Our rate remains stubborn at 11 per 100,000 people per year, which translates to around 2,500 people per year or about twice the national road toll.

In contrast to the open and accepted discourse around road tolls in our community, suicide is often kept hidden. I’ve seen numerous suicides disguised as other medical problems – sudden heart attack and brain haemorrhages, among other things.

The fact is that families are frequently loathe to disclose suicide. The stigma associated with suicide inevitably casts a veil of secrecy that continues to foster this culture of silence.

The consequence of this secrecy is that it limits our ability to measure the extent of the problem, to research suicide and, most importantly, to provide help to those at risk. Until we are able to openly disclose and discuss suicide, we will fail in our goal of making a significant impact on our suicide rates.

I respect any family’s right to privacy. And losing a loved one to suicide is a tragedy almost beyond comprehension. Family and friends often feel like they have failed somehow. Why didn’t they recognise the problem? Why didn’t they do more to prevent it? Blame often flows freely. Guilt and grief are powerful, sometimes overwhelming emotions.

Some religious practices encourage secrecy. It is a sin in some religions, forbidden in others, and often the funeral and burial practices must change if death was by suicide.

Another contributory factor is the fear in the media around discussing suicide because of the risk of copycat suicides. There is some evidence to support this view. But media reporting guidelines have softened in the past decade from a point where suicide was barely mentioned to the current state where it is reported but within guidelines that aim to minimise any sensationalism and provide contact details for support services.

Finally, there is the language around suicide – it evokes images of crime and guilt. The word “commit” – “she committed suicide” – has negative connotations. Commit implies a crime. We commit murder, we commit rape – we don’t commit marriage, we don’t commit childbirth. Suicide should not be included in acts we commit.

As the Australian Psychological Society notes, we need different language around suicide. She attempted to end her life. He died by suicide.

Let’s be clear – the reasons for the secrecy are entrenched and complex. I’m not criticising families for making up stories – how could I, in the midst of such grief and sorrow? I don’t know how I would cope. The decision to disclose must remain theirs, and theirs alone.

But ignorance will never shift the elephant in the room. We and the families need to be aware that every time we hide suicide we contribute to the secrecy, the stigma, and the knowledge gap around this national tragedy.

If we as individuals and a community talk freely, without prejudice or sensationalism, then we will slowly lift the veil. We might finally make some progress and like the toll from road accidents, the rates might finally fall.

This article first appeared in The Conversation http://theconversation.com/suicide-the-disclosure-dilemma-25438